There is no question that Angela Ahrendts has a lot of street cred when it comes to creating a brand.  The rise of Burberry and timing of Ahrendts joining the company are definitely tied together.  So, what can we learn from her jump to Apple?  Plenty! 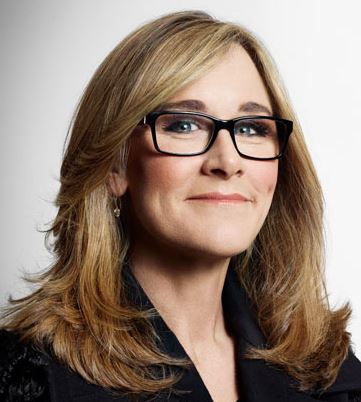 Ahrendts is well known for turning around the Burberry brand and making it desirable again.  Apple has been going gangbusters for some time, but people have begun to ask what is next for Apple.  Unlike Blackberry, Apple has realized that it can’t rest on its laurels.

2.  Women are increasingly important for the Apple brand

Bringing on Ahrendts in this senior role triggers a different message for Apple.  Currently there are not a lot of senior roles filled by women.  With her reputation and capacity of previously and successfully filling a CEO role, this would suggest that Apple is looking to reinforce the importance of women in buying decisions.  The question of course will be fully answered if and when they add her to the board. If they don’t, that could also be telling.  What influence will she carry?

Ahrendts is responsible for outstanding global growth during her tenure at Burberry.  With her finesse in global markets, it could be a sign that Apple is going to focus or refocus attention on the global market.

With the announcement just being made, there will be much analysis about Apple’s gain and Burberry’s loss.  What do you think about this change?  Hit or miss?  Will Ahrendts be able to shift gears from a luxury brand to a brand that reaches the masses?  Or, is Apple wanting to shift gears and focus on the luxury market?