In honour of this day in 1929 when women became persons under the law in Canada, I am reposting this blog that was shared on old blog Being Social in June of this year. 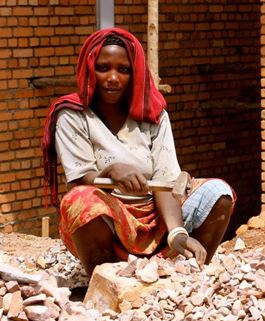 It really wasn’t that long ago that women became “persons under the law” in Canada.  In fact, it was less than 100 years.  In 1927 Emily Murphy and four other Canadian women asked the Supreme Court of Canada if the word “persons” in the British North America Act of 1867, included women.  It answered “NO” in 1928.  A year later, with the help of our then Prime Minister, MacKenzie King, the Famous Five appealed to the Privy Council in England.  In 1929, they announced that “…yes, women are persons…”.  Can you imagine?   Less than 100 years ago in Canada I would not have been considered a person, by law!  I can’t imagine that.

The rights of women advanced a snail’s pace faster in the United States with the federal woman suffrage amendment, originally written by Susan B. Anthony and introduced in Congress in 1878,being passed by the House of Representatives and the Senate in 1919. It was then sent to the states for ratification. Again, only slightly better than Canada.

Flash forward to 2013 and unfortunately we see some shocking statistics and behavior.  In my province alone, pay equity is “still” a voluntary initiative.  Yes, you read correctly.  Paying women 80 cents for every dollar that a man is paid is acceptable.  And, yes this is 2013.  So, a woman can have the same education and experience, perhaps even more and doing the same job as the man in the next office, but she is paid less.  Twenty percent less.  And, yes there are cries to have more educated and qualified people working in our province.  While our lifestyle is nice here, there are a couple of provinces adjacent to us that offer the same quality of life.  How do they treat women in those provinces?

While I am not pleased that women are paid less in New Brunswick and our government chooses to think it is acceptable, there are far more appalling behaviours occurring around the world.  Late last year Malala Yousafzai, a Pakistani girl wanting to be educated was shot in the head only because she was a girl and she wanted an education.  Amazingly, she survived and while it will be a very, very long road to some form of recovery, she wants to continue to learn and be educated.

In December we were all outraged by the brutal rape of a 23-year woman on a New Delhi bus.  The story was gut-wrenching.  Despite wanting to live and fighting to live, the injuries were just too serious. And while India was outraged by the incident, just four weeks later another woman travelling by bus to her village was taken to a building where she was raped by seven men.   Just four weeks later!

There are many stories such as these. They do make me stop and think about being a person under the law. I am a person under the law in my country, but not in all.  In my own country and province, according to government, it is acceptable that I would be paid less than my male counterpart if my employer chose to do so.  Even when we have laws of protection, they may or may not be enforced.

Whether or not you are a woman or a man, what is your take on this?  And, does it even matter to you that International Women’s Week starts on Friday?