More and more I enjoy the Big Bang Theory, and no it is not because the theme song is done by a Canadian band – although that is not a bad thing either, but I digress. 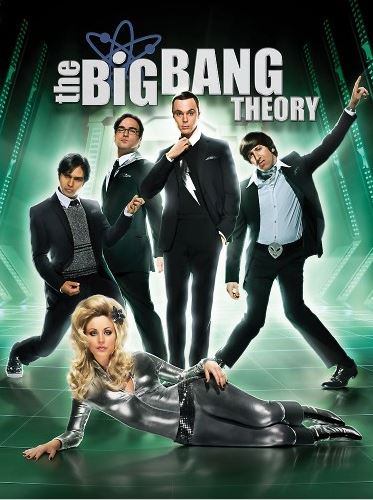 The appeal for me really, is that through comedy, there are lessons that we can all take-away and use in real life.  Here’s a quick look at the lovable and absolutely amusing characters of the show:

This sweet shy boy/man could be a blog posting all on its own.  Come to think of it, each character could have a separate posting; however, I will keep it to one for now.

With his extreme shyness,  his “selective mutism” condition, and his desire to become a part of American culture, Raj sometimes misses the nuances of situations.  Combine this with his naivety and he sometimes speaks when he shouldn’t.

Lesson Learned:  Of course this provides all sorts of comic relief, but the real lesson learned is really:  do your homework and know what the issues are both on the surface and, more importantly, below the surface.  By doing this, you can better prepare all your stakeholders and communicate in a more meaningful manner.

2.  Howard Wolowitz – Wow, there are really so many things to say.  Where would one start?

Well, despite his over active need for “love” and his incredible collection of terrible pick-up lines prior to getting married of course, there is a very kind and dependable side to Howard.  I think of the show when Penny wanted to give Leonard a surprise birthday party because he had never had one.  It was amazing just how far Howard would go to help Penny make this happen for Leonard.  Despite being deathly allergic to peanuts, he ate them in order to keep Leonard at the hospital long enough to get the party together.

The lesson we can learn from Howard:  be sure that the people that you choose to be on your team are as dedicated (minus taking a such a risk with one’s life) to the cause and doing things right, as you are.  Your team and your communications are only as good as your weakest link.  Being in it only for yourself doesn’t cut it.

The lesson learned from Penny’s character and interaction is:  when forming your team it is absolutely critical to ensure that you have someone who thinks differently than the rest.  This person will not only challenge you to see things differently, but help your messages be clearer and more on target, thus you will increase your probability of successfully communicating.

4.  Dr. Leonard Hofstadter – Good ole Leonard.  Growing up the child of a world famous child psychiatrist and neuroscientist who severely lacked the ability to express any love at all, Leonard is probably the closest to not being a geek of all “the boys”.

The lesson that we learn from Leonard is pretty straight forward: be consistent, be steady and never give up.  An important lesson in communicating, Leonard demonstrated this with his consistent pursuit of Penny.

5.  Dr.  Sheldon Cooper – Perhaps one of the most kookiest characters on TV right now, Sheldon is hilarious.  How the writers came up with the idea of someone like Sheldon is fun in itself.  Part child, part man, part human being who is borderline insane, Sheldon demonstrates one of the most important things that we can learn from The Big Bang Theory.

Lesson learned from Sheldon:  with continuous support from your team, individuals can learn from others in order to become better at a task, to become a better co-worker, and finally to become a better person.  For Sheldon to improve and evolve however, he has to be receptive.  Like communications should be, it is a two-way street.  People have to be receptive to messages, trust and be willing to accept change.

Finally, the overall lesson that we can take away from the characters on The Big Bang Theory:  be true, be loyal, be honest, and always share.  These are simple tenants to good communications.